The Frankfurt School were a group of Marxist Jewish intellectuals at Frankfurt University in the 1920-1930's. (They emigrated to NYC after Hitler came to power.) They included Max Horkheimer, Theodor W. Adorno, Herbert Marcuse &  Erich Fromm, and were responsible for the "New Left" and feminism. Financed by Jewish millionaire Felix Weill, they were instrumental in the degradation of Western society according to long-term cabalist Jewish plan.

I have abbreviated  Timothy Mathew's 16-page "The Frankfurt School:  Conspiracy to Corrupt" (Catholic Insight, March 2009) because these Communist Jewish thinkers are largely responsible for modern Western "culture" today. The article is a reminder that Western society is the target of a satanic conspiracy ultimately sponsored by the banking elite. Most of our political and cultural leaders are agents of this conspiracy. The whole document can be found here.  Live postings are becoming scarcer.

by Timothy Mathews
(abridged/edited by henrymakow.com)

Basically, the [task of the] Frankfurt School was to undermine the Judaeo-Christian legacy. To do this they called for the most negative destructive criticism possible of every sphere of life which would be designed to de-stabilize society and bring down what they saw as the 'oppressive' order.

Their policies, they hoped, would spread like a virus--'continuing the work of the Western Marxists by other means' as one of their members noted.

To further the advance of their 'quiet' cultural revolution - but giving us no ideas about their plans for the future - the School recommended (among other things):

1. The creation of racism offences.
2. Continual change to create confusion
3. The teaching of sex and homosexuality to children
4. The undermining of schools' and teachers' authority
5. Huge immigration to destroy identity.
6. The promotion of excessive drinking
7. Emptying of churches
8. An unreliable legal system with bias against victims of crime
9. Dependency on the state or state benefits
10. Control and dumbing down of media
11. Encouraging the breakdown of the family

One of the main ideas of the Frankfurt School was to exploit Freud's idea of 'pansexualism' - the search for pleasure, the exploitation of the differences between the sexes, the overthrowing of traditional relationships between men and women. To further their aims they would:

• attack the authority of the father, deny the specific roles of father and mother, and wrest away from families their rights as primary educators of their children.

• abolish differences in the education of boys and girls

• declare women to be an 'oppressed class' and men as 'oppressors'

[Comintern propaganda chief] Wily Munzenberg, left, summed up the Frankfurt School's long-term operation thus: 'We will make the West so corrupt that it stinks.'

The School believed there were two types of revolution: (a) political and (b) cultural. Cultural revolution demolishes from within. 'Modern forms of subjection are marked by mildness'. They saw it as a long-term project and kept their sights clearly focused on the family, education, media, sex and popular culture.

Following Karl Marx, the School stressed how the 'authoritarian personality' is a product of the patriarchal family--it was Marx who wrote so disparagingly about the idea of the family being the basic unit of society. All this prepared the way for the warfare against the masculine gender promoted by Marcuse under the guise of 'women's liberation' and by the New Left movement in the 1960s.

They proposed transforming our culture into a female-dominated one. In 1933, Wilhelm Reich, one of their members, wrote in The Mass Psychology of Fascism that matriarchy was the only genuine family type of 'natural society.'

Eric Fromm, left, was also an active advocate of matriarchal theory. Masculinity and femininity, he claimed, were not reflections of 'essential' sexual differences, as the Romantics had thought but were derived instead from differences in life functions, which were in part socially determined.' His dogma was the precedent for the radical feminist pronouncements that, today, appear in nearly every major newspaper and television programme.

The revolutionaries knew exactly what they wanted to do and how to do it. They have succeeded.

Lord Bertrand Russell joined with the Frankfurt School in their effort at mass social engineering and spilled the beans in his 1951 book, The Impact of Science on Society. He wrote: 'Physiology and psychology afford fields for scientific technique which still await development.'

The importance of mass psychology 'has been enormously increased by the growth of modern methods of propaganda. Of these the most influential is what is called 'education. The social psychologists of the future will have a number of classes of school children on whom they will try different methods of producing an unshakable conviction that snow is black. Various results will soon be arrived at. First, that the influence of home is obstructive.

Second, that not much can be done unless indoctrination begins before the age of ten.

Third, that verses set to music and repeatedly intoned are very effective.

Fourth, that the opinion that snow is white must be held to show a morbid taste for eccentricity. But I anticipate. It is for future scientists to make these maxims precise and discover exactly how much it costs per head to make children believe that snow is black, and how much less it would cost to make them believe it is dark gray . When the technique has been perfected, every government that has been in charge of education for a generation will be able to control its subjects securely without the need of armies or policemen."

Writing in 1992 in Fidelio Magazine, [The Frankfurt School and Political Correctness] Michael Minnicino observed how the heirs of Marcuse and Adorno now completely dominate the universities, 'teaching their own students to replace reason with 'Politically Correct' ritual exercises.

There are very few theoretical books on arts, letters, or language published today in the United States or Europe which do not openly acknowledge their debt to the Frankfurt School. The witchhunt on today's campuses is merely the implementation of Marcuse's concept of 'repressive toleration'- 'tolerance for movements from the left, but intolerance for movements from the right'-enforced by the students of the Frankfurt School'.

Adorno was to become head of a 'music studies' unit, where in his Theory of Modern Music he promoted the prospect of unleashing atonal and other popular music as a weapon to destroy society, degenerate forms of music to promote mental illness. He said the US could be brought to its knees by the use of radio and television to promote a culture of pessimism and despair - by the late 1930s he (together with Horkheimer) had migrated to Hollywood.

In his book The Closing of the American Mind, Alan Bloom observed how Marcuse,left, appealed to university students in the sixties with a combination of Marx and Freud. In Eros and Civilization and One Dimensional Man Marcuse promised that the overcoming of capitalism and its false consciousness will result in a society where the greatest satisfactions are sexual. Rock music touches the same chord in the young. Free sexual expression, anarchism, mining of the irrational unconscious and giving it free rein are what they have in common.'

In her booklet Sex & Social Engineering (Family Education Trust 1994) Valerie Riches observed how in the late 1960s and early 1970s, there were intensive parliamentary campaigns taking place emanating from a number of organisations in the field of birth control (i.e., contraception, abortion, sterilisation).

'From an analysis of their annual reports, it became apparent that a comparatively small number of people were involved to a surprising degree in an array of pressure groups. This network was not only linked by personnel, but by funds, ideology and sometimes addresses: it was also backed by vested interests and supported by grants in some cases by government departments. At the heart of the network was the Family Planning Association (FPA) with its own collection of offshoots. What we unearthed was a power structure with enormous influence.

'Deeper investigation revealed that the network, in fact extended further afield, into eugenics, population control, birth control, sexual and family law reforms, sex and health education. Its tentacles reached out to publishing houses, medical, educational and research establishments, women's organisations and marriage guidance--anywhere where influence could be exerted. It appeared to have great influence over the media, and over permanent officials in relevant government departments, out of all proportion to the numbers involved.

'During our investigations, a speaker at a Sex Education Symposium in Liverpool outlined tactics of sex education saying: 'if we do not get into sex education, children will simply follow the mores of their parents'. The fact that sex education was to be the vehicle for peddlers of secular humanism soon became apparent.
--

Thanks to John N 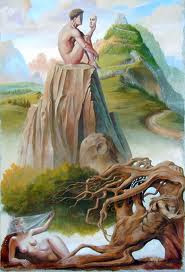 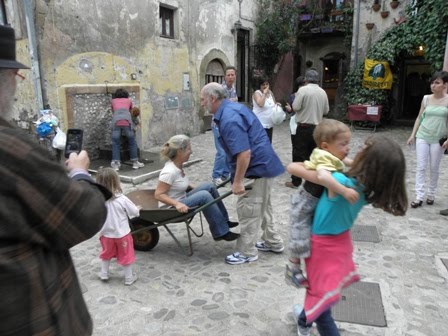 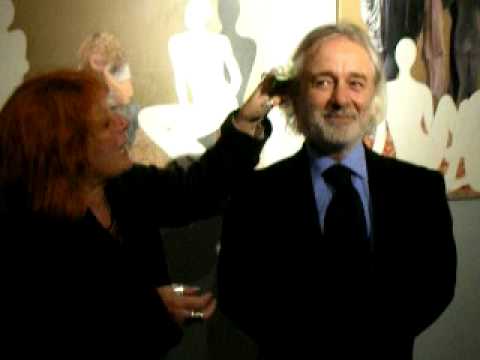 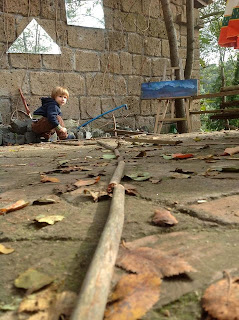 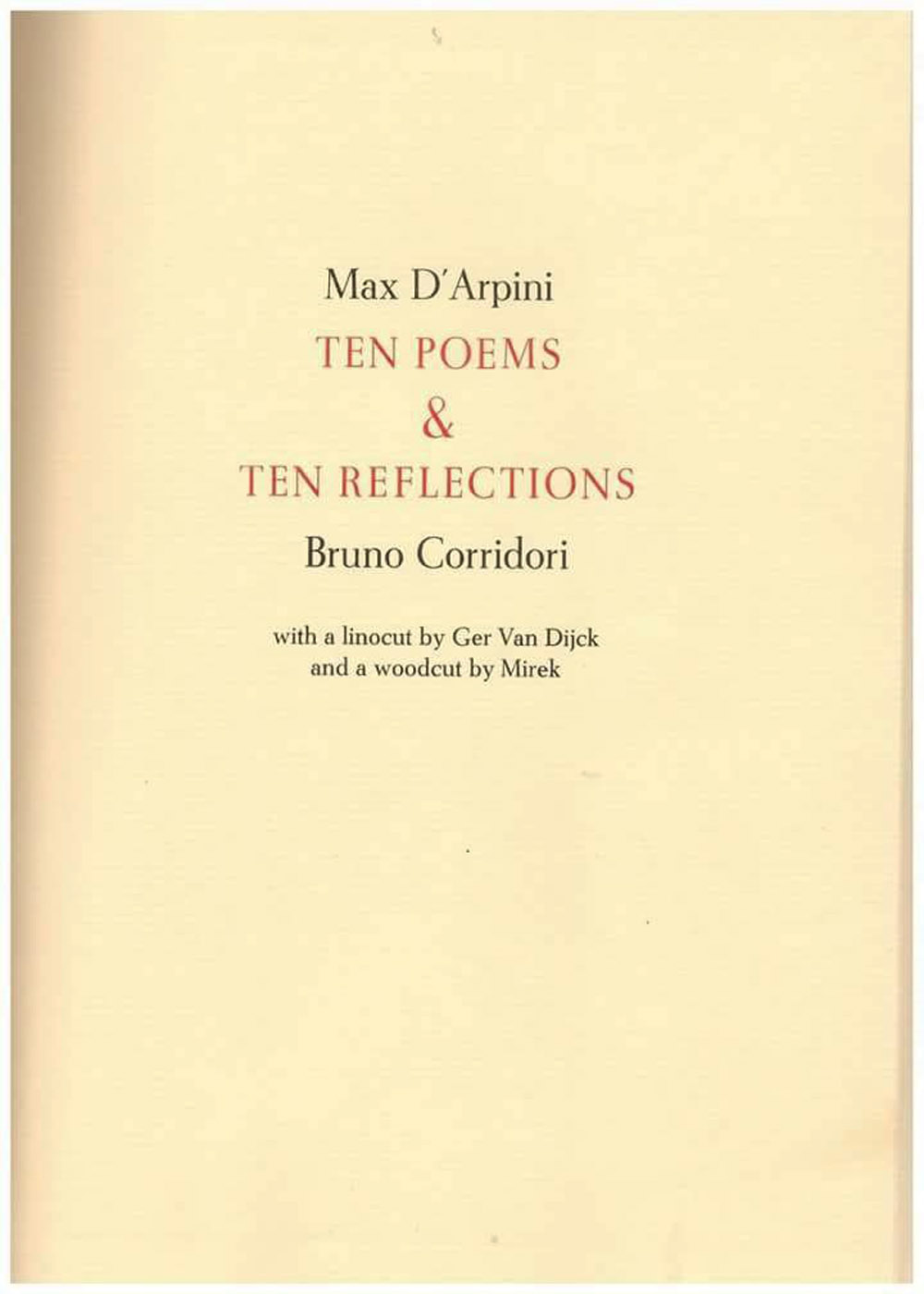 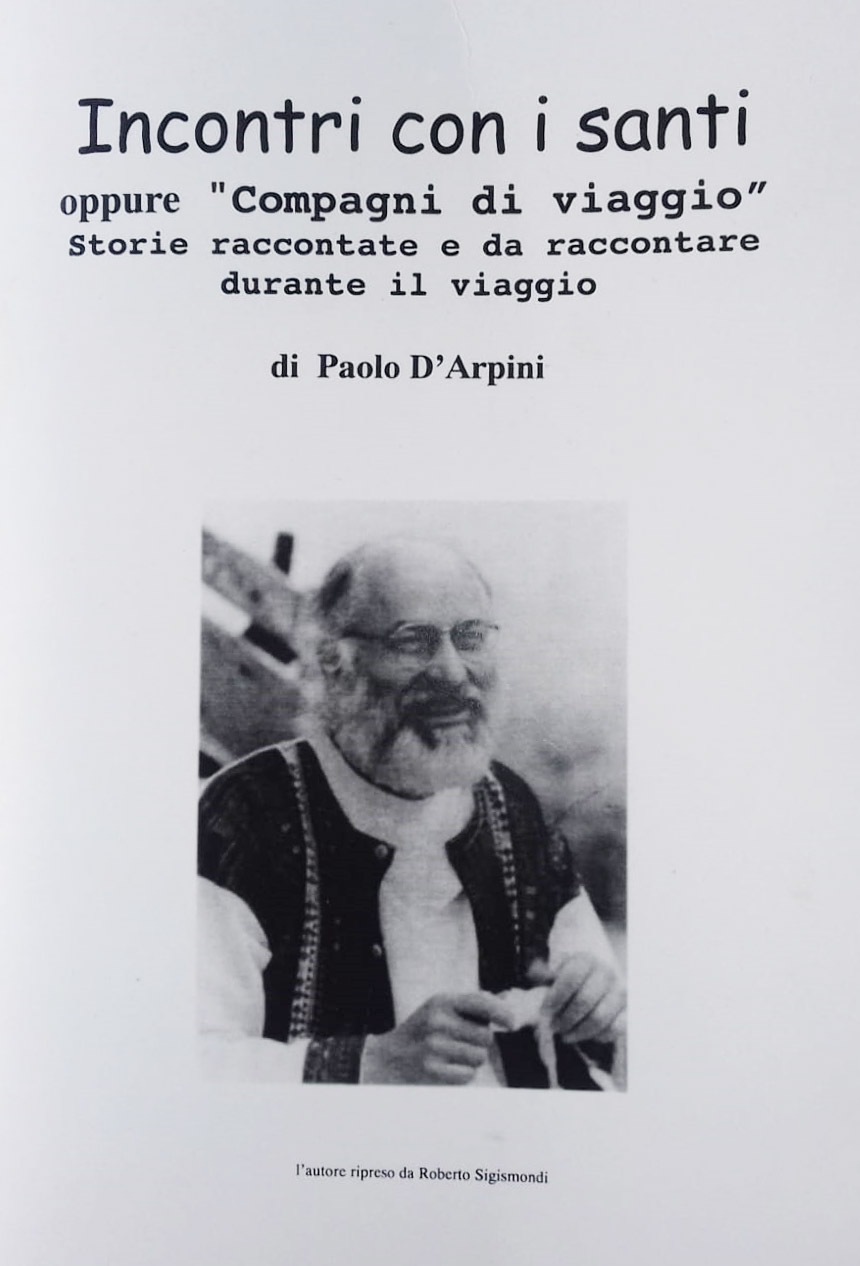 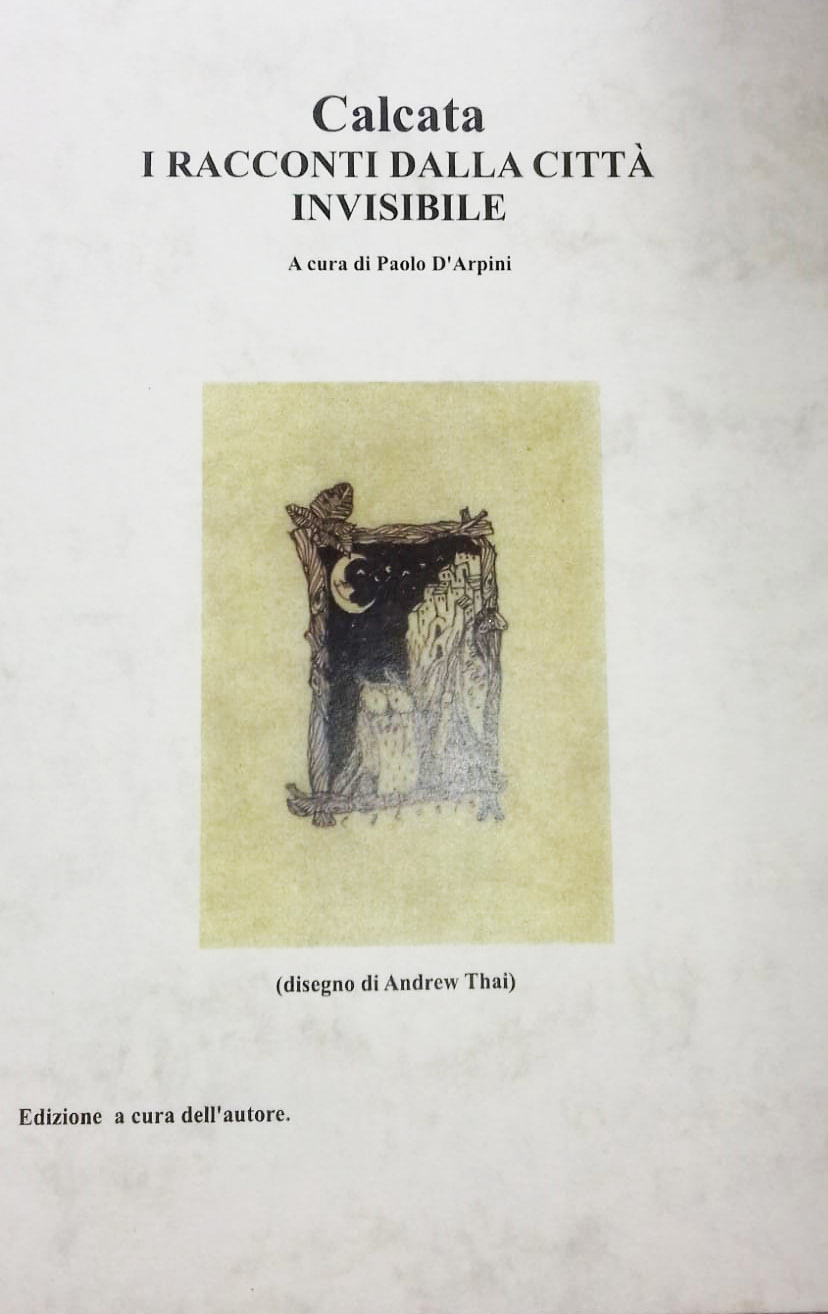 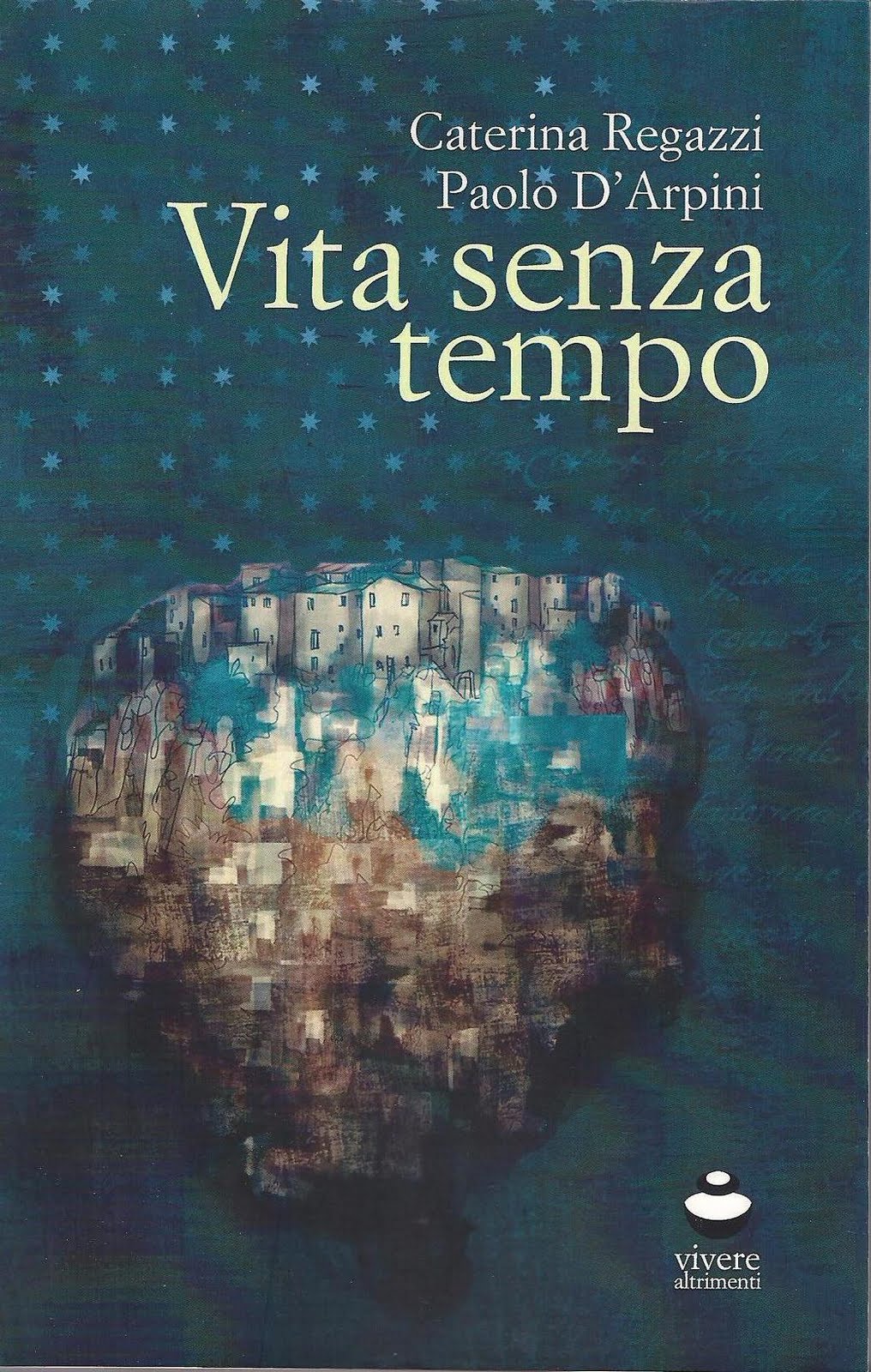 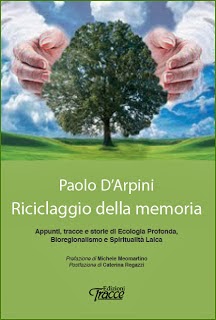 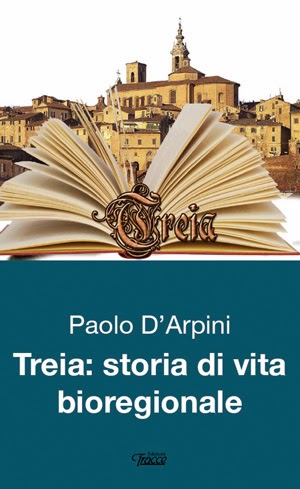 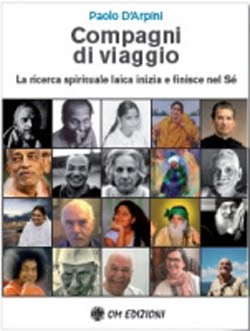